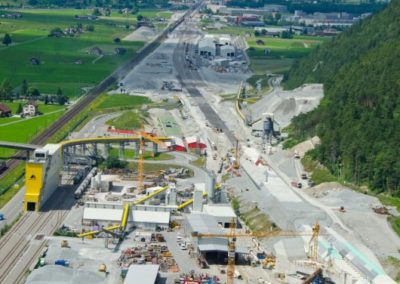 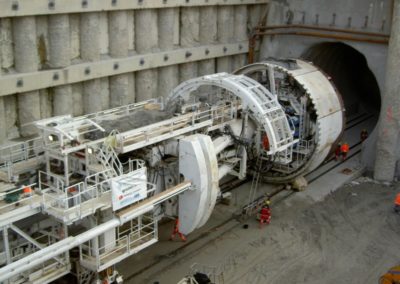 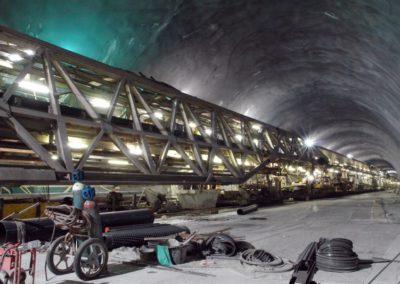 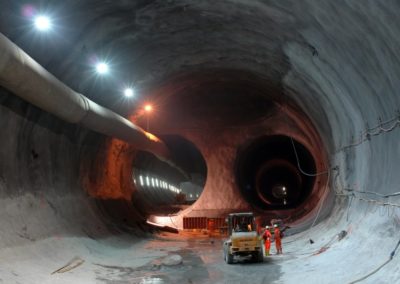 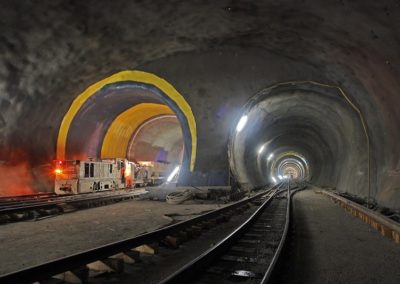 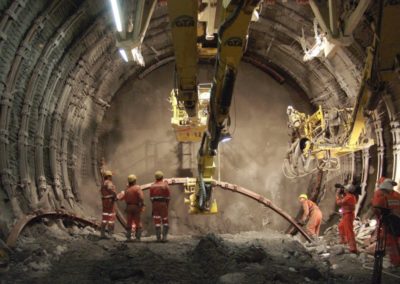 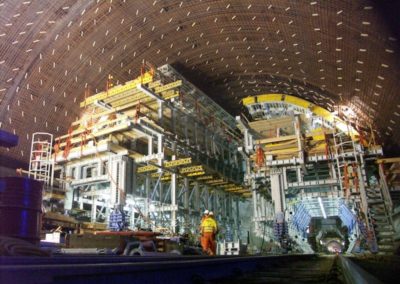 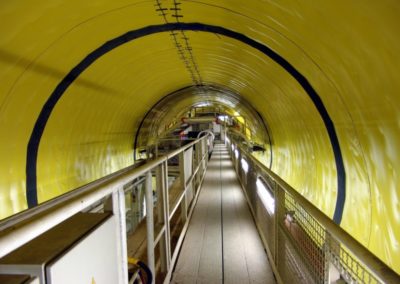 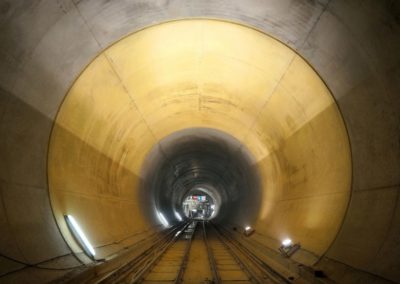 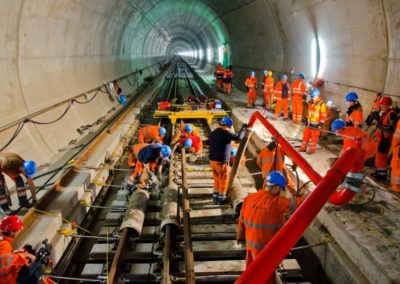 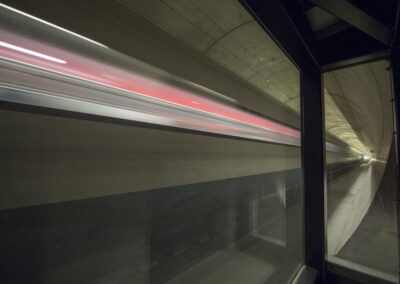 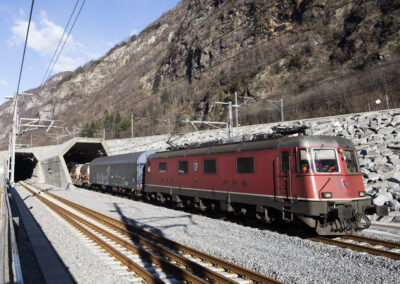 The Gotthard Base Tunnel is currently the longest railway tunnel in the world, with a length of 57 km. It is part of the Swiss NEAT concept (NEAT = new railway Alpine transversal). Scheduled operations will start at the end of 2016.

The entire tunnel system has a length of 151.8 km and consists of:

Two-thirds of the entire tunnel system were used with tunnel boring machines, and 1/3 was carried out in a conventional eruption.

In addition to high initial mountain tensions, which resulted in mountain hits and highly pressure-driven mountains, high mountain temperatures (up to 46°C) and initial water inlets with more than 100 l/s were to be mastered in the drivage.

The long tunnelling posed major logistical challenges for the entrepreneurs, as many jobs had to be disposed of and disposed of in parallel via only one access for each main lot.

In spring 2012, the inner vault of the Gotthard Base Tunnel was finished concreted. After the completion of the installation of the railway equipment, commissioning took place from autumn 2015.

Commercial operations began in December 2016. Since then, the tunnel has proven its worth and fully meets the requirements with high availability

Further information can be found at the following links: